BLURB (from author's website)  LIFE IS A NIGHTMARE FOR Miranda Murphy. Without knowing when or why, blood oozes from her palms—an anomaly that makes her feel like a freak. But her abnormality is now the least of her worries. She’s just enrolled at “Suicide High.” Three deaths in three months—one occurring just days before her arrival.

When she bumps into a cute boy named Jake, things don’t appear so glum. Especially since Jake’s a psychic who can predict the immediate future. But his gift of sight can’t prepare her for the horrors that await.

Topher – who can heal by touch.
Sam – who eats the sins of the dead.
And Xyan – who speaks and understands all languages.

It’s then that Miranda learns the secret behind why she bleeds.

When it becomes evident that supernatural forces are at play, the five determined friends team up. Now it’s up to them to destroy the evil infecting their school.

====================================
Though I had my misgivings about the cover on this one (not a fan AT ALL), I trusted the author to keep me sufficiently creeped-out and amused -- and I was right. Dax Varley's books are just so fun to read. What makes this book really great are the five main characters, all teenagers in the seventeen-ish range.  They are each so wonderfully unique and fleshed-out, but most importantly, they are believable. Their dialogue, their humor, their fears, and their responses are spot-on and don't feel contrived or cheesy at all. Readers will find themselves relating and thinking, "I know a kid like that!" -- minus the stigmatic/psychic/healing/xenoglossia/sin eating stuff, of course.

Especially interesting is the evil character in this story and the many ways it manifests itself. The parts written from the "evil one's" point-of-view are really excellent, and Varley does a great job of misdirecting readers over and over in revealing the "evil one's" identity.  Readers, be prepared -- this "evil one" doesn't kid around and as such, the body count is high and the deaths and tortures are gruesome.

Some of the story is predictable (DON'T OPEN THAT DOOR! YOU KNOW WHAT'S IN THERE!

The characters are authentic teens, so there are authentic teen elements including crassness, profanity, underage drinking, sexual situations (not too graphic) and sexual references.  And if the name and cover aren't warning enough, there's a lot of blood, violence, and death in this story -- skip it if any of these are triggers or upsetting.

This book was a "just for me" read because I have really enjoyed several other books by Dax Varley, so I bought it as soon as I heard about it.

Check out these cool memes (created by Dax Varley) for the characters! 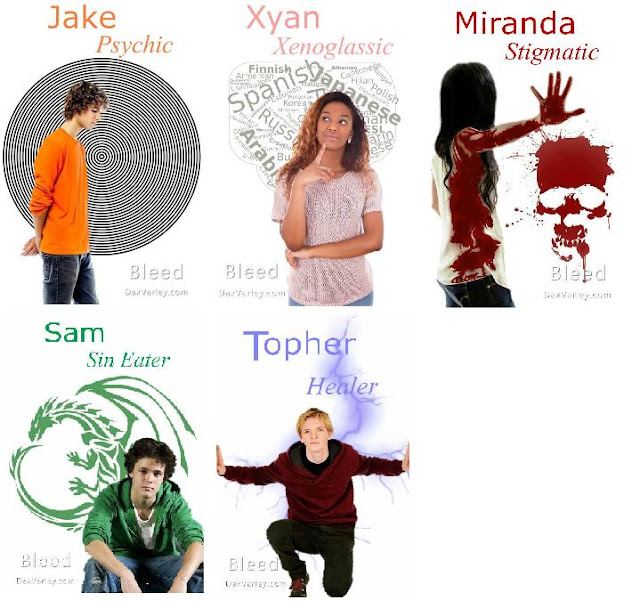 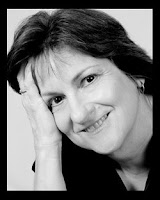 ABOUT THE AUTHOR:
Dax Varley writes the kind of young adult novels she wishes were around when she was a teen. She's a lover of humor, horror and all things paranormal.
When Dax isn't writing, she's collecting odd photos online, reading recaps of her favorite shows or kicked back with a good book. She lives in Richmond, Texas with her husband, a shelf full of action figures and about a dozen imaginary friends.
Real or imaginary, you can find her at the following locations:
WEBSITE, TWITTER, FACEBOOK