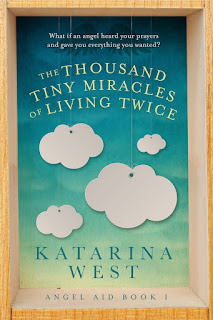 Meet Irene Nylander, a frumpy housewife from Finland… and a yo-yo dieter. She feels trapped in an unhappy marriage, looking after her domineering mother-in-law and living vicariously through romantic movies.

Meanwhile, in Florence, Mimi Kavanough’s star is rising. She has the body of a Barbie princess, the iron will of an army sergeant - and Hollywood in her sights.

On her fiftieth birthday, Irene discovers her husband is having an affair. Devastated, she prays for a way out: she wants to die.

In heaven, a mischievous angel called Aaron hears her prayers. He decides to make Irene and Mimi swap bodies.

How will the two women cope with their unexpected, and very different, second lives? And will Aaron’s meddling get him evicted from heaven? What will happen if he has to transform into a human being and live on Earth? 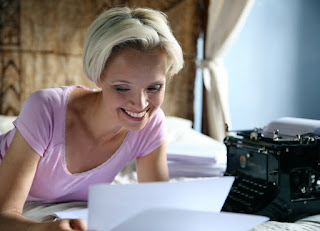 About the Author
Katarina West is the author of Witchcraft Couture and Absolute Truth, For Beginners. She was born in Helsinki, Finland, into a bilingual family that in addition to humans consisted of dogs, cats, horses, guinea pigs, canaries, rabbits and – thanks to her biology teacher mother – stuffed owls and squirrels.
She spent time travelling in Africa, Asia and Latin America, and went on to study at Queen Mary and Westfield College in London and the European University Institute in Florence, where she completed a PhD in political science and published a book based on it, Agents of Altruism. During those student years she started work as a journalist, and continued writing for various Finnish magazines and newspapers for over ten years, writing on various topics from current events and humanitarian issues to celebrity interviews and short stories. She also briefly worked as a university lecturer on humanitarian issues in Northern Italy.
Katarina lives in an old farmhouse in Chianti with her husband and son and when not writing, she is fully immersed in Tuscan country life, from jam-making and olive-picking to tractor maintenance.