HOUSE OF THE RISING SUN
a novel
by
James Lee Burke 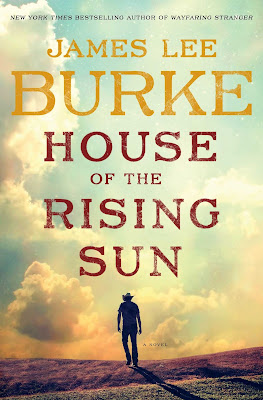 New York Times bestseller James Lee Burke returns with his latest masterpiece, the story of a father and son separated by war and circumstance—and whose encounter with the legendary Holy Grail will change their lives forever. 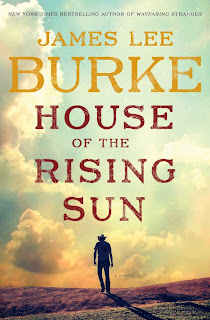 From its opening scene in revolutionary Mexico to the Battle of the Marne in 1918, and on to the bordellos and saloons of San Antonio during the reign of the Hole in the Wall Gang, House of the Rising Sun is an epic tale of love, loss, betrayal, vengeance, and retribution that follows Texas Ranger Hackberry Holland on his journey to reunite with his estranged son, Ishmael, a captain in the United States Army.
After a violent encounter that leaves four Mexican soldiers dead, Hackberry escapes the country in possession of a stolen artifact, earning the ire of a bloodthirsty Austrian arms dealer who then places Hack’s son Ishmael squarely in the cross hairs of a plot to recapture his prize, believed to be the mythic cup of Christ.

Along the way, we meet three extraordinary women: Ruby Dansen, the Danish immigrant who is Ishmael’s mother and Hackberry’s one true love; Beatrice DeMolay, a brothel madam descended from the crusader knight who brought the shroud of Turin back from the Holy Land; and Maggie Bassett, one-time lover of the Sundance Kid, whose wiles rival those of Lady Macbeth. In her own way, each woman will aid Hackberry in his quest to reconcile with Ishmael, to vanquish their enemies, and to return the Grail to its rightful place.

House of the Rising Sun is James Lee Burke’s finest novel to date, and a thrilling entry into the Holland family saga that continued most recently with Wayfaring Stranger, which The New York Times Book Review described as “saturated with the romance of the past while mournfully attuned to the unholy menace of the present.”

Praise for the author
“The heavyweight champ, a great American novelist.” —Michael Connelly
A classic saga of the American West from James Lee Burke
House of the Rising Sun

One of America’s most acclaimed and versatile novelists returns with a harrowing, historical epic featuring Texas Ranger Hackberry Holland. Starting in revolutionary Mexico circa 1918 and winding through seedy, gang-controlled San Antonio, Holland fights his way back to his Army captain son while protecting one of history’s most fabled artifacts.

HALL WAYS REVIEW: Author James Lee Burke is a wonderfully gifted writer -- his descriptions are such that they are sometimes more vivid than real life, if that makes sense. His descriptions of the Mexican landscapes are incredible and pull the reader right into the scenes.  Readers familiar with Burke's novels know that his writing is often somewhat dark, but this is probably the darkest story yet. It's grim, violent, and gory,  and the author doesn't shy away from graphic descriptions of racism and warfare.  This is not a book to be read by the reader looking for a feel good experience.

On the other hand, the violence and bleakness were accurate for the times, so the historical element and significance of what was happening in the world in those times is spot-on. Burke gives readers plenty of reminders that what happened then isn't so far away from what's happening now. In one scene, the main character's son is hospitalized for physical injuries sustained in war, but he's reminded that no amount of morphine can erase the mental scars -- PTSD has always been and will always be.

The story isn't told in a linear fashion and uses flashbacks to fill-in the details. This mostly works, but some readers will likely find it confusing and wish for a more chronological unfolding of the story.  Burke's writing and word choices are well-done and when he's on, he's REALLY on; however, there are sections that get quite wordy and readers may find they are anxious to move along and get back to the story.  After so many lengthy passages, the resolution felt a bit rushed and as such, wasn't completely comfortable or satisfying -- more like a good enough ending.  Good story? Absolutely. Good delivery? Depends on the reader. 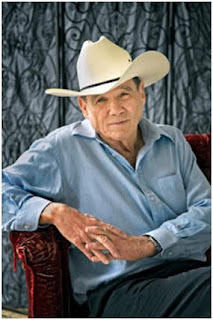 James Lee Burke, a rare winner of two Edgar Awards, and named Grand Master by the Mystery Writers of America, is the New York Times bestselling author of more than thirty novels and two collections of short stories. He lives in Missoula, Montana.

Check out these other great blog stops on the tour!
Monday, December 14 - The Crazy Booksellers - promo

*NOTE FROM KRISTINE at HALL WAYS: Except for the Hall Ways review, the content of this promo post was provided by Lone Star Literary Life Blog Tours.  If you're a Texas blogger interested in joining the ranks of Texas Book Blog Tours, contact Tabatha Pope.